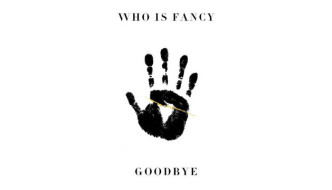 Anonymity seems to be lost in our world of social media and iPhones. Being an artist isn’t just about being able to play an instrument, write a lyric or having amazing vocals (Some artists succeed while lacking all of this), image is key. We always feel the need to be “on” whether that be constantly updating everyone on your life through twitter, or voicing your every thought on Facebook. It’s almost refreshing when an artist doesn’t want to rely on gimmicks and try to get people to focus on the music. Sia is a good example of an artist that is trying to get listeners to hear the music first. Sure, her hiding her face with paper bags and having strange music videos heightens the effect or popularity of her music but at the end of the day people are buying her singles and album because of her voice.

A new artist named Who Is Fancy, is looking to break into the industry with his singing and song-writing abilities while leaving his appearance a complete mystery. I remember in 2008 when an artist named Asia Cruise had a similar concept. Titled “Who Is Asia Cruise”, her face wasn’t revealed until her debut music video for “Selfish” came out. I loved the track and a few other songs that came out after, but I don’t think the public got what she was trying to do. After hearing Who Is Fancy’s debut single “Goodbye”, I think he may be able to pull it off.

“I was a hot mess in my Sunday best/ Black tears in my eyes/ You were my first love, you were my only one/ I can’t believe your lies.”

Over a drum driven beat, Fancy’s soulful voice reminds me of something I would’ve heard back in the mid-2000s. I love the message and lyrics behind the track. According to a Buzzfeed Music interview, Fancy wrote “Goodbye” after a bad relationship and realizing that he needed to move on to a healthier situation. I can easily hear “Goodbye” being played hourly on the radio and with Scooter Braun (Justin Bieber, Ariana Grande) as his manager, I’m sure that’ll be happening soon. It’ll be interesting to see where they take this campaign. Honestly with a voice and pen game like Fancy, this anonymous idea doesn’t seem necessary, but hey whatever gets the message across right? Fancy released three music videos for the single, showcasing what an artist has to go through to become acceptable or popular for the public.

What do you think of Who Is Fancy’s debut single “Goodbye”? Comment your thoughts!