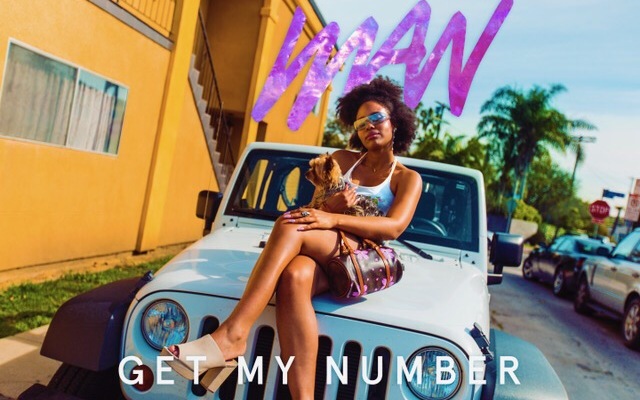 Over the years I’ve become enamored with songwriters and the impact their talent has on music. Let’s face it without Dolly Parton writing “I Will Always Love You” there’s no stunning version with Whitney Houston. Flashback to the “Single Ladies” dance craze when Beyonce was waving her ring finger around at all the single girls who hadn’t found the love of their lives yet. Without The Dream penning the uptempo bop, say goodbye to that moment in time and there are countless examples of songwriters influencing the culture. But just because you can receive a ton of money and prestige for writing a hit for others, it doesn’t fill the void of being the superstar that gets to share the song with the world.

In 2015 IMAN co-wrote the colorful Swedish pop hit “Lush Life” for Zara Larsson whose currently celebrating the release of her international album So Good and the successful songwriter is ready to be center stage, showcasing her words with her own voice. “Get My Number” is the latest single for the songwriter turned performer and the song sounds like it needs to be blasted in a car on a hot summer day. Produced by Yemi (A dope rapper and producer from Sweden) “Get My Number” is a chill hybrid of electropop with enough knock to perk up the ears of hip hop fans.

Listening to the Swedish newcomer’s offerings on SoundCloud like the lyric driven “Super Deluxe” and the Mash Up International collaboration called “Criminal” makes me interested in hearing how IMAN’s music progresses and how her sound will evolve on a full length album. Expect a visual for “Get My Number” soon but until then turn up to the feel good track as summer approaches!

Are you feeling IMAN’s new single “Get My Number”? Let me know in the comments!