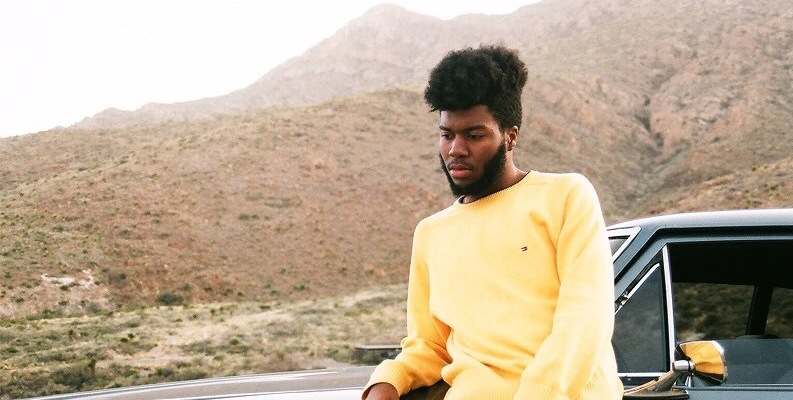 Khalid garnered attention with his debut single “Location” and since then his wave of good vibes and good music keep flowing. Earlier this month the El Paso native released his debut album American Teen and the impressive LP has led to new fans and solid reviews. Whenever an album drops that I’m interested in, I always like to take a couple days (or weeks) to live with the album so my opinion isn’t biased, based on the hype of the release or my initial excitement to hear a full length release from an artist. But enough about my writing process let’s talk about American Teen!

Even though I’m 22 (technically a full fledged adult *sighs*) it’s easy to relate to the emotions and experiences this album is based on. Growing pains never end but your late teens into your early 20s are full of moments to reflect on past experiences and realize who you want to be and American Teen is a honest project of being young and trying to figure life out.

Starting off with the carefree “American Teen” Khalid sets the mood for the soulful, infectious journey he’s about to take his listeners on. “Living the good life full of goodbyes / My eyes are on the grey skies / Saying I don’t want to come home tonight,” Khalid announces on the breezy opener and my mind pictures a group of chill teens, most likely decked out in Urban Outfitters and thrift store fits, cruising down a highway with this song in the background and not a care in the world (From the outside, internally they’re all dying inside).

“I’m not the best at showing my emotions / You cut me deep and you left me wide open / I fought the demons that lie in between us / They’d think we’re perfect if they’d ever seen us.” – “Another Sad Love Song”

Khalid has a beautiful way with words and I love that he’s had a hand in crafting each song on this album. His mellow persona and passionate vocals make American Teen what it is, almost how Lorde’s debut album Pure Heroine defined her as the voice of the youth with so much to say to a world that might’ve lost touch with their own journeys to “adult enlightenment”. Khalid also has that ability to be so relatable with his lyrics without sounding generic or insincere.

“What’s fun about commitment / When we have our life to live / Yeah, we’re just young dumb and broke / But we still got love to give.” – “Young, Dumb & Broke”

I can hear the hope in his voice when he sings about waiting for that call from a past love on “Saved”, or having nothing to offer but his love on “Young, Dumb & Broke”. American Teen is an album I can easily listen from beginning to end whether I’m having a listening session while contemplating life or letting it be the soundtrack to my daily activities.

“I lost my heart in the nighttime / She left me out in the cold / She left me broken and weary / Drunk off the lies she told / I fell in love in the morning / But when the day gets cold / I’m back to life in my lonely / City of El Paso.” – “Winter”

Khalid started his music career a couple years back so to hear such a polished debut album is a great sign and I know there’s more good vibes to come. The production choices are perfect, the lyrics are fully realized and this album feels like it was released when it was ready, no rush. Living young, wild and free isn’t just a successful rap hit from Snoop Dogg and Wiz Khalifa’s, its a way of life and Khalid released a soundtrack for those carefree teens to party, fall in love, fall out of love and grow to.