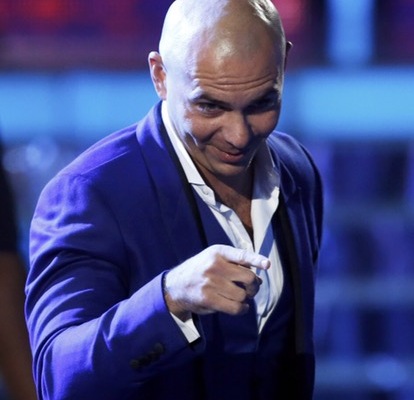 If you truly know me then you know that there aren’t too many times where I will cape for Pitbull. I can admit I was a big fan back in 2006 when “Bojangles” was out and that commanding base line made me want to move whenever I heard it but as time went on the 305 rapper lost some of his appeal as he got more overpla–, I mean commercial friendly (Dale!). Don’t get me wrong, Pitbull has managed to make it on a couple playlists throughout the years and he’s 10 studio albums into his career so someone is buying his music but I need more than a R&B singer and a nice innuendo thrown into the mix to get into a Pitbull song. Mr. 305 most likely has another hit on his hands with his latest single “Greenlight” and I’m definitely feeling the chill, feel-good single.

Pitbull easily rides the mid-tempo production,  as he raps about finding g-spots, burning roofs like Left Eye and making all the right lights. Flo-Rida who I have very similar opinion on makes a nice appearance on the track and Lunchmoney Lewis sounds good on the catchy chorus. I’m definitely considering adding “Greenlight” to a playlist, checking out Pitbull’s next album Climate Change and becoming more invested in the Miami hit maker for earworms he brings to world. Or I can keep my casual interest in the Dale rapper while happily remembering the influence he had on my playlists in ’06 because of “Bojangles”… Yeah that sounds more realistic!

Is “Greenlight” making it on your next playlist? Let me know in the comments