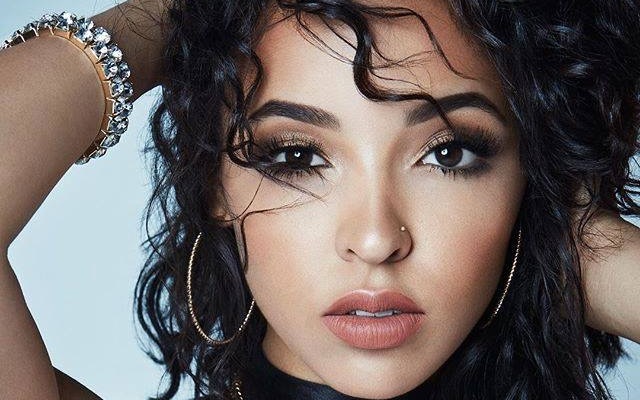 To my fans, I love you 💘 #SuperLove

The road to releasing an excellent second album has been full of patience and hardwork for the rising star Tinashe and it seems like after two years  we’re getting closer to the Joyride journey. While the “2 On” songstress hasn’t left her sweetees in the dark on the album process with occasional updates of the recording process and a couple of hot singles throughout the year; there’s still a lot of mystery behind what this sophomore effort will sound like.

Some want to hear the dark, sexy, R&B side of Tinashe while others just want something they can dance to and that divide can lead to a lack of cohesion when trying to create a body of work. Balance is always good so I can appreciate incorporating a variety of vibes and sound for a striking album but while imagining what Joyride would shape up to be I was hoping Tinashe dropped songs that could showcase her stage appeal and ability to sell songs solely through her performances. On July 15th Tinashe decided to ease my worries and drop one of her hottest bops to date with “Superlove”, lets get into it:

With the help of two of the best hit makers The Dream and Tricky Stewart, Tinashe has a bouncy, throwback banger on her hands. Over an uptempo, commanding dance beat Tinashe delivers an addictive song on being in love and all the feels that comes with it. As soon as I heard the first few lines I knew I’d be hooked and I’ve been repeating it all weekend. From the production that sounds like a feel-good 90s smash to the way Tinashe attacks the song, it has hit potential all over it. I mean the start of the song alone, “I’m sophisticated, super classy, Uncle Luke, freak, nasty” I’m here for it.

Let’s hope Tinashe seals the Billboard chart fate of this song and drops a fire, choreography-driven visual so the Joyride era can officially begin. Artists should be able to showcase all their emotions and ideas in their music so enjoy this fun single and maybe find a summer love to dedicate this bop to as summer slowly comes to an end.

What do you think of Tinashe’s latest single “Superlove”? Let me know in the comments