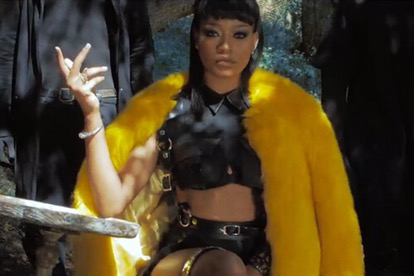 Keke Palmer is the perfect example of relentlessly pursuing your passion and letting the people who don’t get it catch up when their ready. Since landing a role in a Barbershop sequel in 2004, Palmer hasn’t took much time to bask in her success, starring in films, tv shows, a Broadway musical and even hosting her own talk show. Music has always been a passion of Palmer’s but she hasn’t found the same amount of acclaim compared to her other endeavors. I’m hoping 2016 will be the year more people embrace her voice and pay attention to what she can add to the music scene.

Keke already landed a minor hit with the catchy, throwback sounding single “Enemiez” earlier this year and that was just the warm up. “Yellow Lights” is the latest single for the Snapchat enthusiast and it’s even more impressive than her previous Jeremih assisted cut. Starting off acapella, Palmer sets the song off strong with enticing lyrics that build into a scorching, unhurried banger. From the striking runs that lead to a prime chorus to Palmer’s lustful voice throughout, I’m completely here for this single.

“Gettin’ closer every minute / I can’t wait to get up in it / Runnin’ all these yellow lights to get to you.”

Keke took to Twitter to drop an Aaliyah “4 Page Letter” inspired visual that adds to the vibe of the song and showcases her polished dance moves (just in case you haven’t seen her recent series of solid dance videos). Palmer has the talent and personality to have a strong music career and I hope she doesn’t stop pushing to be heard on the music front. Whether she’s dropping some wisdom on snapchat or being her entertaining self in an interview, the star quality is prevalent and her honesty is a breath of fresh air with so many artists thriving on being “relatable” enough to be marketable to the masses. We have enough nice artists that can ride a trendy beat, I’m ready for more individuality.

What do you think of Keke’s latest single “Yellow Lights”? Let me know in the comments!