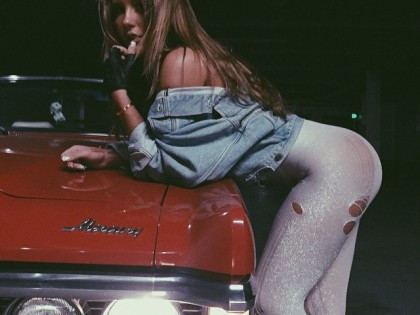 Niykee Heaton , independent artist, leader of NBK Movement and persistent thirst trapper on the gram hasn’t been featured on my site since September of last year! So I feel the need to update you guys on my favorite girl with bad Intentions because she’s been pretty busy.

After releasing a successful debut EP last year, Heaton’s fanbase continued to grow as her creative freedom became more constricted. Earlier this year in April, Niykee took to YouTube to vent on her frustrations about her controlling label and an EP she wasn’t proud of. During that time Niykee and her manager Lauren Pisciotta left the label and ventured to the independent side of the music business. This felt like a resurgence of motivation for Niykee, with consistent song releases on SoundCloud, more interactions with fans and a new movement.

NBK stands for Naturyl Born Killers and represents Heaton’s loyal fans and supporters. This movement came with an anthem and this badass, take charge attitude from the bedroom crooning artist. Whether you’re following Niykee’s hilarious snapchat (Highly Recommend) or watching her career progress through online platforms, you can’t help but admire an artist sticking to their convictions and creating art they can be proud of. Nothing is censored. From her revealing covers and magazine shoots to daily tweets letting her followers know exactly what she’s thinking at any moment of the day.

With a stream of songs to be found online, visuals coming soon and a 10 city trek around the U.S. for the Bedroom Tour , it’ll be interesting to see how Heaton continues to develop her sound and release a full length debut. Stay updated on Niykee Heaton with her official website naturylbornkillers.com