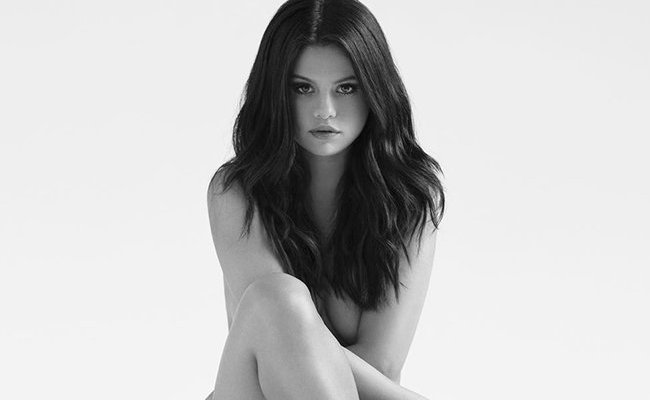 Selena Gomez has grown so much compared to her dance pop days as Selena & the Scene while fulfilling her Disney Channel obligations as Alex Russo on the popular series Wizards of Waverly Place. Since ending the show in 2012 Gomez has found success in all avenues of the entertainment business. From successful singles (“Love You Like A Love Song”, “Come & Get It”), appearing on the big screen (Monte Carlo, Springbreakers), a clothing line and numerous philanthropy efforts. While I can unapologetically admit to being a fan of numerous songs throughout Selena’s singing career, it wasn’t until 2014 that I truly saw a woman letting the world in through her music. Gone were the mindless pop hooks and Billboard ready production. Instead Gomez released “The Heart Wants What It Wants”, a minimal mid-tempo confession that she isn’t perfect and can’t help who she falls in love with. Now at the age of 23, Gomez has survived the teenage years in the spotlight and is ready to give her fans some mature, meaningful content. Revival is… exactly what the title announces a resurgence of an artist with a new direction and a lot more that she needs to say.

Gomez’s second solo album begins with a spoken word piece, “I dive into the future / But I’m blinded by the sun / I’m reborn in every moment / So who knows what I’ll become.” The minimalist opener is a blank space for Gomez to announce her freedom to be whoever she’s destined to be. One lyric that stuck out to me as soon as I heard it, “I’ve been under self-restoration / I’m becoming my own salvation,” #IndependentSelena. The tempo goes up a couple beats per minute for “Kill Em with Kindness”, a song driven by a catchy whistle (Who doesn’t like a whistle in a song?) as Gomez lets her lover know that it’s better to kill with a smile than weapons. At first listen I didn’t think much of “Kill Em with Kindness” but I never skip it when listening to the album in full, so… I don’t hate it.

The next track may be my favorite cut from Revival. Produced by Mattman & Robin and Max Martin, “Hands to Myself” is an undeniable declaration that is sexy without trying too hard and has one of the best bridges on the album. I won’t ruin it for you but just know I was grinning from ear to ear the first time I heard it. Nice touch G! The Charli XCX assisted “Same Old Love” is next and adds some needed energy to the album. Dominated by a snap filled bassline and piano, “Same Old Love” has Selena tired of typical heartbreak and ready for something new.

The next two tracks are great single contenders, the latter actually being the first single for Revival. “Sober” and “Good for You (Featuring ASAP Rocky)” are solid tracks and help move Gomez to that mature direction without being trashy. “Camouflage” is the first true ballad of the album and it’s a nice addition to the album. Out of all the tracks on the deluxe edition, I wouldn’t consider “Camouflage” to be the best ballad, I’d gave that to “Perfect”.  The standard edition rounds out with a couple more mid-tempo bangers and the up-tempo “Me & the Rhythm” which make a solid single choice. I like that Gomez experimented with her sound a lot this era, ranging from 80s pop, latin flare and some modern production to keep things radio friendly.

Different versions of the deluxe edition of Revival gives listeners, a little more Selena G to quench their thirst and I’d recommend paying the extra five bucks to hear a extremely sassy Selena sound like she’s having the night of her life on “Me & My Girls”. I think Revival brought Selena Gomez to the place where people can take her serious as a musician. With writing credits on over half the track listing, it’s nice to see an artist that’s successfully shed her occasional rocky past and become a true artist. I wonder where Selena’s revival will take her next.

What do you think of Revival? Let me know in the comments!