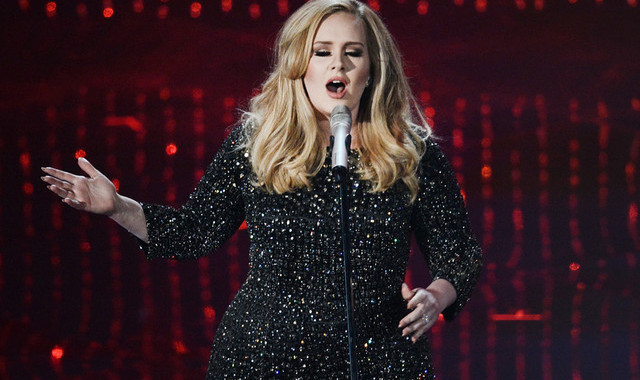 Adele’s return comes just in time to soothe the emotions that typically come with the holiday season. There’s only so many passive aggressive conversations you can have with your loved ones, or nights you can spend alone hoping someone will fill that empty space in your bed soon.This comeback is quickly approaching so fans have very little time to prepare their souls and wallets for the powerful effect that comes from Adele’s music. Her last album 21 came out four years ago and the world definitely hasn’t been the same since her absence, missing those soulful vocals telling stories of heartbreak and redemption basically giving you non-stop depressing lullabies.

Earlier this week the UK crooner released a letter on her Twitter and Facebook apologizing for the wait (Life happens) and to have no fear because she’s here to save the day from formulaic hits polluting the mainstream charts at the moment. Even though there’s always a couple talented artists that can manage to bring some authenticity to charts, very few can compare to the records and acclaim 21 received back in 2011.  Her sophomore effort held a a place on the US Billboard 200 charts for 208 straight weeks and I wouldn’t be surprised if her upcoming album 25 will easily surpass that previous success.

“Hello” is the first single from the 25 era and it’s dropping October 23rd so you have less than a day to prepare yourself. The album will drop November 20th adding to the stiff competition with One Direction and Justin Bieber also releasing albums around the same time. Today Adele released the album cover and tracklisting for 25 and to sum up my excitement in two words: I’m ready:

Are you excited for the Return of Adele? Let em know in the comments!