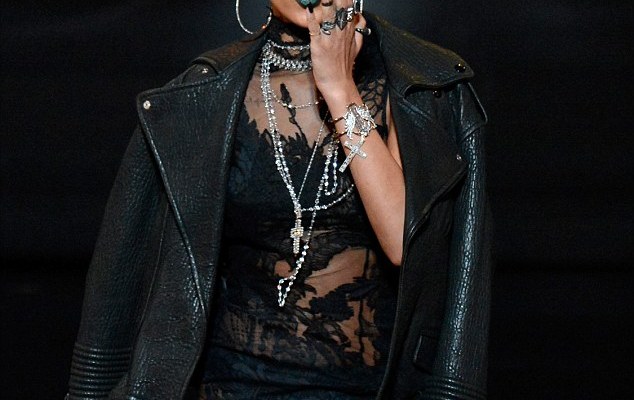 RiRi doesn’t play about her moo-lah-la and she wants some bitch to pay up. I’ve made a few posts leading up to this moment and after having a few days to process Rihanna’s latest offering from her upcoming(maybe) untitled eight album I’m ready to pour out my unapologetic thoughts (I’m sorry, I’ll stop now).
“Bitch Betta Have My Money” is the type of single I expected hear a few months ago when Rihanna released the surprisingly acoustic single “FourFiveSeconds” showing the world an improved voice and new sound. Over a demanding bass riddled beat, badass RiRi is in full effect as she repeatedly warns some unnamed bitch that they betta have her money. A track like this isn’t venturing into new territory for the bad gal but it doesn’t need to. Releasing a trap-lite track like “BBHMM” after a “Four Five Seconds” makes me think that Rihanna finally knows the influence her music has on the charts and other artists ready to take notes from the Barbados princess.

Maybe she already knew that after releasing hit single after hit single she can pretty much release anything and find success but it reminds of when Beyonce released her self titled album in 2013. Having that creative freedom is something that every artist strives for and that’s not always possible when your label demands a few successful singles before they decide on a release date. RiRi recently stated she wants to make music that’s timeless and hopefully that’s not just hype. I believe Rihanna has the ability and team behind her to create some amazing music but she can’t rely on old formulas to chase past chart success. If Rihanna continues to push her creativity and release music that sets the trend, not follows them then my money is all hers.

Bonus: Have you seen her pranking Jimmy Kimmel? #RandomAF

What do you think of “Bitch Betta Have My Money”? Does RiRi have your iTunes receipt on this single?

Buy “Bitch Betta Have My Money” on iTunes: HERE