We’re three days into the new year and I realized I’ve been severely slacking on my writing for itsmarcelj! In between doing work for my internship and writing some pieces for a music website called FDRMX (Def check out some of my stuff on there!), I’ve been listening to a ton of music and I don’t want to keep these gems to myself. So this post will be about songs/artists that I’m obsessed with and hopefully you can discover some new music to check out.

First off I’ll introduce you to an insanely dope chick that goes by the name Shura. I found out about this London native when I was looking over BBC’s ‘Sound of 2015‘ which is a list of artists that are bound to blow up in the new year. “Touch” is an addictive track I’ve been listening to on a loop. With a mix of  Dev Hynes (Blood Orange) like production, and similar vibes to one of my favorite EPs True by Solange, this chill banger is amazing and I can’t wait to blare it in my car on a sunny summer day.

Speaking of Summer jams, America is late party again when it comes to amazing artists. Even though this track came out in November, it’s hard to ignore the bubbly pop track that’s begging to be played well past the winter season. “Sweet Talk” is the lead single from Aussie singer Samantha Jade‘s upcoming sophomore effort. Over a beat reminiscent of 90s Mariah Carey and more recently Carly Rae Jepsen‘s debut album Kiss (You remember “Call Me Maybe” right?) “Sweet Talk” is a pop synth filled, bop that has Sammi showcasing her very high range (So many whistle notes, watch out Grande!). If listening to the track doesn’t sell you on Jade’s talent, the music video will definitely put you on a sugar overload.

I found the next artist from checking out digital entrepreneur Karen Civil‘s music website a couple weeks ago. Candice Pillay is a singer/songwriter currently signed to Interscope/Universal. Pillay is living her dreams out in L.A but she was born and raised in South Africa which lead to numerous cultural influences (Fun Fact: Candice is also East Indian). On her journey to success, Pillay played anywhere she could  from weddings to funerals, throughout her years she’s also honed her pen game and those skills can be heard on her mixtape The Mood Kill. From her sometimes soothing other times powerful, soulful voice to her impressive lyrics, I’m digging what she’s presenting and I’m excited to see where Pillay’s career goes in the future. 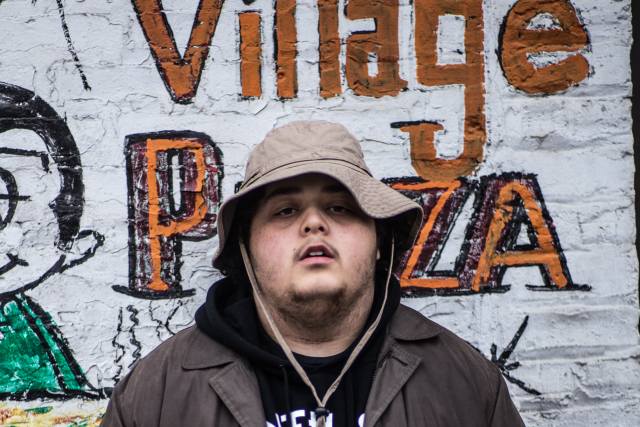 When I’m not listening to artists music, I’m watching their interviews. I got familiar with Alex Wiley after seeing his interview with Rosenberg on Hot 97. The Chicago native is making waves with a flow that’s getting comparisons to Chance The Rapper and Vic Mensa. The first track I heard from Wiley is “Vibration” and I’m love it. The chorus alone deserves a listen and the mixtape(Village Party) it’s featured on is pretty dope as well. Get into it!

Check out the rest of the artists I’ve been listening to lately below and let me know who else I should listening to in 2015!