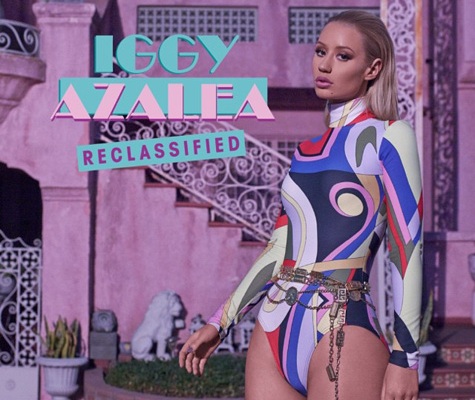 The I-G-G-Y reign continues with “Iggy Szn” a new track of “Reclassified”, the re-release of Iggy’s debut album “The New Classic”.

“Iggy Szn” doesn’t stray too far from the sound that can be found on a few tracks from the “The New Classic” like “Lady Patra” or “Fuck Love”.
Over a spastic Diplo-like beat, Iggy let’s
the haters know it’s Iggy Season (or Szn for the people who hate spelling out words) and she’s not going anywhere.
I love when Iggy is a little boastful and cocky so this is the perfect track to add to my now playing playlist.
Check out “Iggy Szn” below and prepare for the Iggy take over Saturday when her new single “Beg For It” is released!


What do you think I-G-G-Y’s new single? Let me know in the comments!