This gif speaks VOLUMES for the potential that was wasted on the second coming of Danity Kane. Now I’ve been a DK fan since the days of Making the Band where Diddy or (Puff, Sean Combs, Puff Daddy, depending on the day or occasion) spent seasons perfecting a group that got platinum albums, sold out tours and a fan base with unwavering support to this day. Long story short, Diddy ended up firing two of the group members in 2008 during the season finale of MTB 4 which lead to the group disbanding in early 2009. All of the women moved on to different projects and found success in their own right but in 2013 they decided to come back as #DK4 leaving D-Woods in the dust.

The #DK4 reunion lasted awhile until Aundrea decided it was time to give up the group and focus on her family. This lead to #DK3 which lead to a infectious pop banger “Lemonade” and hope that the DK reunion wasn’t completely damaged (I hope someone got that…)

It seemed like everything was going great from the tour dates, studio sessions and instagram group pics but alas all goods things must come to an end and they broke up for hopefully the final time due to a lot of issues that can be read on any gossip site. Even though #DK3 is over, Aubrey, Shannon and a reluctant Dawn felt like they owed their fans some type of a gift after years of holding them down so their final album will be released on October 28, 2014.

While I’m sad the group is officially over, I’m glad they decided to let us hear what they’ve been cooking up for the past year and recently they gave us a glimpse of the album with a slow jam reminiscent of their older music called “Tell Me”.

“Tell Me” plays like a throwback to the mid-2000s R&B bangers that filled every popular artists album at one point. The slow grinding chorus easily gets stuck in your brain and the lyrics beg to be enjoyed in private or with a special someone. The sound is classic Danity Kane and there’s nothing to really hate about it. Snippets of the album can also be heard and it sounds like a solid offering, it just sucks that there probably won’t be any videos or tour to support it.

Pre-order the album HERE and let me know what you think about “Tell Me” below! 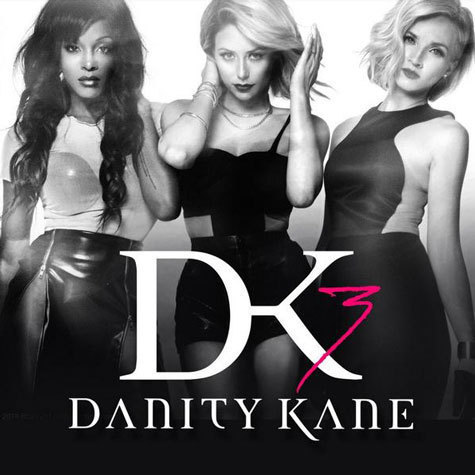