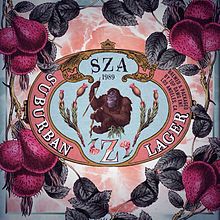 What’s up world! It’s 2 a.m and I’m currently sitting in a desk at my school’s library procrastinating on a story due tomorrow… so I thought why not be productive in some area of my life and make a post. I’ve been lacking on putting stuff up (like always) but I’m feeling this summer I’ll have a lot of free time for the blog.

Since I’ve last posted I’ve become a little addicted to this artist named SZA whose debut album/ep “Z” came out in the beginning of April. TDE’s newest signee has been creating a buzz for herself since her first EP “S” and I’m completely on board with what she’s putting out.

SZA is part of a wave of artists who are creating music on their own terms and aren’t relying on trends to keep them afloat on the top 40 charts. If I had to describe SZA’s sound in a few words I would say its “Chill, Melodic, and Lyrical Depth that reminds me of the best summer nights that we’re too good to remember. Check out some of her videos below and let me know who else I should be listening to right now!